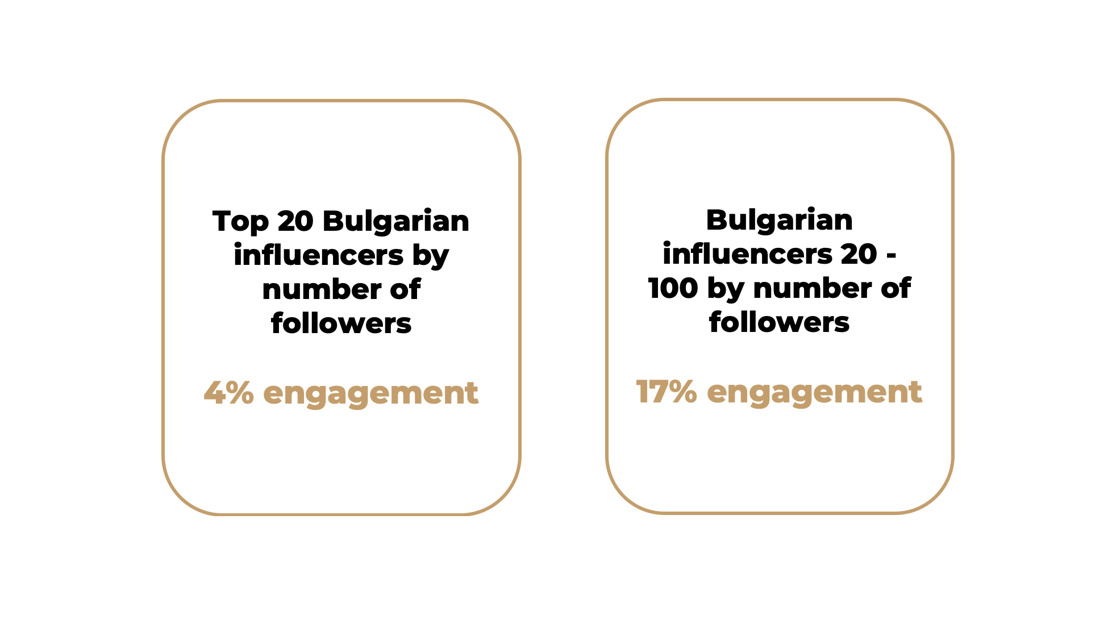 The COVID-19 crisis caused some drastic changes in marketing, advertising and communication, including influencer marketing. A analysis of MSL, the PR unit at Publicis Groupe, showed ** that globally 70% of influencers said that their audience turned to them for advice during the crisis. With the pandemic restrictions and much more time spent with devices, Instagram activity has jumped between 10 and 30% for different categories of influencers, and the popularity of newer platforms has increased by an average of 15% + (TikToK 19.7 % increase in consumption and Twitch 15.4% increase in consumption). 75% of influencers globally have actively discussed the changes in their behavior on their own social pages: shopping, entertainment and consumption of media and content.

These observations were made with the help of the high-tech platform of MSL Fluency, where brands can create and manage complex marketing campaigns with influencers. Through Fluency, brands can monitor and analyze fan interaction with the content they publish. The platform allows strategic planning based on content and audience data analysis. This, in turn can help with creative ideas and campaign planning, directly managed through the platform. The platform also allows to monitor the results for organic and paid content in different channels.

The research team of Publicis Groupe Bulgaria and the team MSL Sofia (also part of Publicis Groupe Bulgaria) analyzed the performance of the top 100 influencers in Bulgaria * according to the number of followers in the periods January - March and March - May 2020. An in-depth analysis of activity and content was made for the top 20 influencers according to the data about the number of followers and posts extracted for them with Fluency.

For the period May to January 2020, the top 20 players grow in terms of follower count by an average of 8%. Smaller players, those in positions 21-100 grow by an average of 9%. That is, regardless of the scale of the influencer, the average growth for the top 20 and the rest up to 100 is comparable. Logically, those with the biggest number of followers also have the most coverage (the size of the circle in Chart 2), and some are more engaged at the top of Chart 2.

According to this data, the pandemic did not have a negative impact on the influencer base in terms of attracting new followers, nor has it changed the leader. Positions 2-3-4 are very close, as are those between 5-6-7-8.

Many of the influencers in the top 20 list are typical examples that a large following does not necessarily bring high engagement. For the top 20 players, it is around 4% (of the total number of followers), while for the rest, from number 20 to number 100, it is on average 17%, which comes to show that influencers who have fewer followers have a better audience engagement, as their content encourages reciprocity in communication between them and their followers.

The analysis also featured a comparison of the activities of the top 20 influencers before COVID-19 (January-February) and during COVID-19 (March-May), which shows whether and how brands have benefited from the top influencers and with what type of content. Additionally, the analysis also included a review of the engagement beyond likes and shares, i.e. of the actual conversation that takes place (or not) in the comments below the influencers' posts. For the top 5 people, the information looks like this:

Model and starlet aleksandra_petkanova  (423K followers) did not change the number and frequency of her posts in either period, but during the crisis, the brands she worked with are less in number. For the first period there are an average of 12 posts per month, for the second about 7-8 posts per month. The content does not change significantly during the state of emergency, only phrases such as "Since we are at home", "During the state of emergency", etc. are added. As for the actual conversation with the followers, she rarely responds, usually when it's a promotional post; sometimes she likes the compliments made to her by her followers in the comments.

Singer diona_alpha (278K followers) was less active in the second period, but her posts with brand mentions and the number of brands she worked with are more. In January-February she had an average of 1 branded post per month, and in March-May she had almost two posts per month with a brand mention. As for the actual conversation with the followers, it is practically non-existent. Very rarely she likes some comments to her posts.

No change in the number of posts for singer mihaelafileva, but during the crisis she published more brand-related content (1 brand post per month during the first period and 9 brand posts during the second period), and the content is reduced to covid-reality, including giveaways. She does not take part in the conversation in the comments below her posts, although many of them are actually questions to her fans.

Singer maria_official_bulgaria (246K followers) has been quite active during both periods (159 posts in the first period and 228 posts in the second period). Almost equal number of posts with brand mentions per month in both periods.

A quick look at the lower part in the rankings, at influencers with fewer followers, shows both higher engagement of followers and more actual reciprocity in communicating with them. This is mainly due to the difference in the type of published content - on the one hand it is perceived as useful and interesting, written for "people like me", on the other hand, the influencers in question are more authentic and approachable in their communication their followers.

The combination of analysis of the content published by influencers, people's interest in this content and selecting appropriate influencers helps to create the right influencer marketing strategy and creative idea for the brand, in order to achieve brand recognition, engagement and ultimately, more sales.  Working with Fluency **, MSL sees the following results of campaigns globally for its customers: the participation of influencers with fake followers falls by 24% in all social networks; the time spent planning and implementing influencer campaigns is reduced by 68%. There is a 42% increase in organic content by influencers by and a 26% increase in the number of fans on all social networks.

* the analysis is focused on Instagram activity in the period January – June 2020.